She has made promoting gender diversity one of her battles. Viviane de Beaufort, Professor at ESSEC Business School and creator of the Women ESSEC programs, publishes Génération #Startuppeuse ou la nouvelle ère, Editions Eyrolles. Through various testimonies from young, dynamic and combative female entrepreneurs, she draws a picture of a generation freeing itself from gender stereotypes, and provides her advice for women to progress further.

Why did you decide to write on the theme of female entrepreneurship?

In the beginning, I didn’t intend to write on this theme because it isn’t my area of expertise. I was trained as a jurist. In 2011, I started working on women’s relationship with power. And I saw that women were creating their own stumbling blocks. I was given the opportunity to develop training courses at ESSEC on women’s entrepreneurship. I then wanted to go further into the subject, coach, guide, and encourage women. I had strong commitment and a just-do-it temperament, and from living the startup generation and sharing with it, I wanted to provide a message. I wanted to speak about the research, observations and results I’d done. The goal was to confront these elements with what the women entrepreneurs had to say and to check or contradict what I’d identified.

You went to meet these young women who decided to throw themselves into the entrepreneurship adventure. What can we say about this “female startup generation” today?

They’re all different, but there are shared factors which make it a generation. These young women have largely overcome the stumbling blocks that my generation could have had: the approach to risk, the building of a project, the relationship with money, the fact of accepting help, etc. I’m very positive – a real generation is emerging.

Are there still hurdles today that prevent women from creating their businesses?

Many coaches and advisors still haven’t understood this generation. They still ask them to produce antiquated business plans, completely out of synch with today’s world. For example, they don’t understand the use of social networks for communication. And in this light, they’re really quite obsolete. Women today need good guidance and coaching such as the system we have set up at ESSEC. They still, therefore, have to be helped, because these girls are touched by an acute sense of “perfectionitus”. They need to be supported, reassured. In 2013, the government launched a large-scale national development plan for women’s entrepreneurship, with the objective to reach 40% in 2017. If we can help this generation overcome the hurdle, the objective will be met.

What initiatives would you like to undertake to continue to help these young female entrepreneurs?

Last Christmas, I was looking for an idea that could have a bigger impact on coaching young women entrepreneurs, but also to cascade expertise to women. The idea was to create a club – the Génération #Startuppeuse and WOMEN experts – aiming at getting together these young women entrepreneurs with experts who accept to assess their projects and provide advice. I’d like to create a real community using the Wirate platform that puts the public into contact with startup projects and lends support to a project for it to spread its activities “women-wide”.

I’m aiming to gather a community of experts with a view to launching the project this coming March. 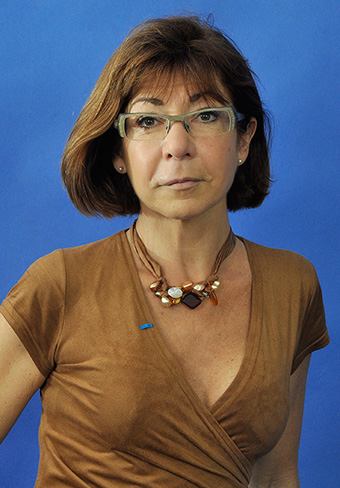 Viviane de Beaufort is a tenured professor at ESSEC Business School where she co-directs the Law curriculum and the Centre Européen en Droit et Economie research center. Committed to the promotion of gender diversity in society and the economy, she founded the WOMEN ESSEC programs, including Entreprendre au Féminin-ESSEC and is the referent for the Equal Opportunities Charter for ESSEC at the Conférence des Grandes Ecoles, France.

Looking at the information flow in organizations.

What makes a crowd-funding campaign successful?

New research finds the use of pronouns in ...

Build your brand to build your strategy

Managers and corporations now need to focus on ...