Roundtable: Is Digital an End in Itself?

Gathering experts from leading companies in digital including Zyllem, Lazada and LinkedIn and moderated by Prof. Xavier Pavie, Director of the Imagination Center, the Roundtable "Is Digital an End in Itself" was held at ESSEC Asia-Pacific on 13 April. Speakers discussed how companies can successfully innovate by analyzing the balance between digitalization and service excellence.

The panel for the Roundtable was made up of Ms Lauren Hendry Parsons, Head of Marketing and Communication at Zyllem, Ms. Ming Kwan, Senior Vice President, Head of Marketplace Operations at Lazada, as well as Mr. Peter Murray, Enterprise Account Director, Marketing Solutions at LinkedIn.

Prof. Pavie opened the Roundtable by speaking about the commonalities between Lazada, LinkedIn and Zyllem, explaining that digitalization is just a tool; innovation, service, digitalization and customer experience are crucial. During his introduction speech, Prof Pavie said, "If more than ever, « Digital » is in the heart of companies strategies, but in the meantime, companies understand, the only way to embrace growth is still customer service."

Prof. @XavierPavie opens the Roundtable: "Is #digital an end in itself?" at ESSEC Asia-Pacific pic.twitter.com/ZhtG45Vnpp

Mr. Peter Murray introduced LinkedIn, speaking about the emphasis on the members of the community, as well as the transition towards a more content-centric platform through tools such as Slideshare and Pulse. To Mr. Murray, “Personalization is going to become increasingly important.” He explained that customer service is very much a 2-way conversation.

"It's about building a relationship based on trust, on content that's important to your audience." - Peter Murray, @LinkedIn 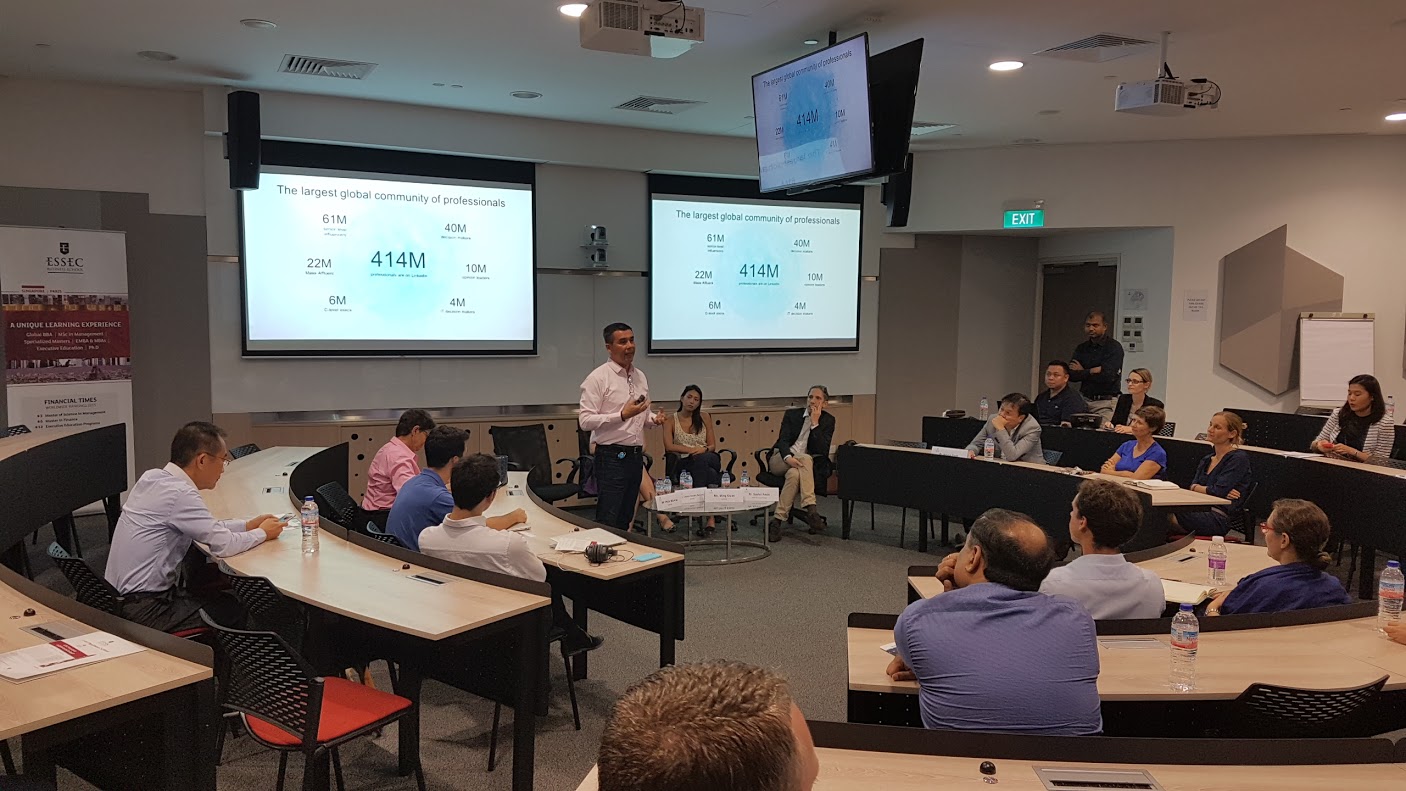 Ms. Ming Kwan then explained that mobile is increasingly dominating purchases, and shared her views on customer experience, highlighting that in a digital world, it has shifted to a more open conversation, where the balance of power has shifted more to the customer.

"With such low barriers to entry for #digitalbusiness, companies delivering the best customer experience will win." - Ming Kwan @LazadaSG 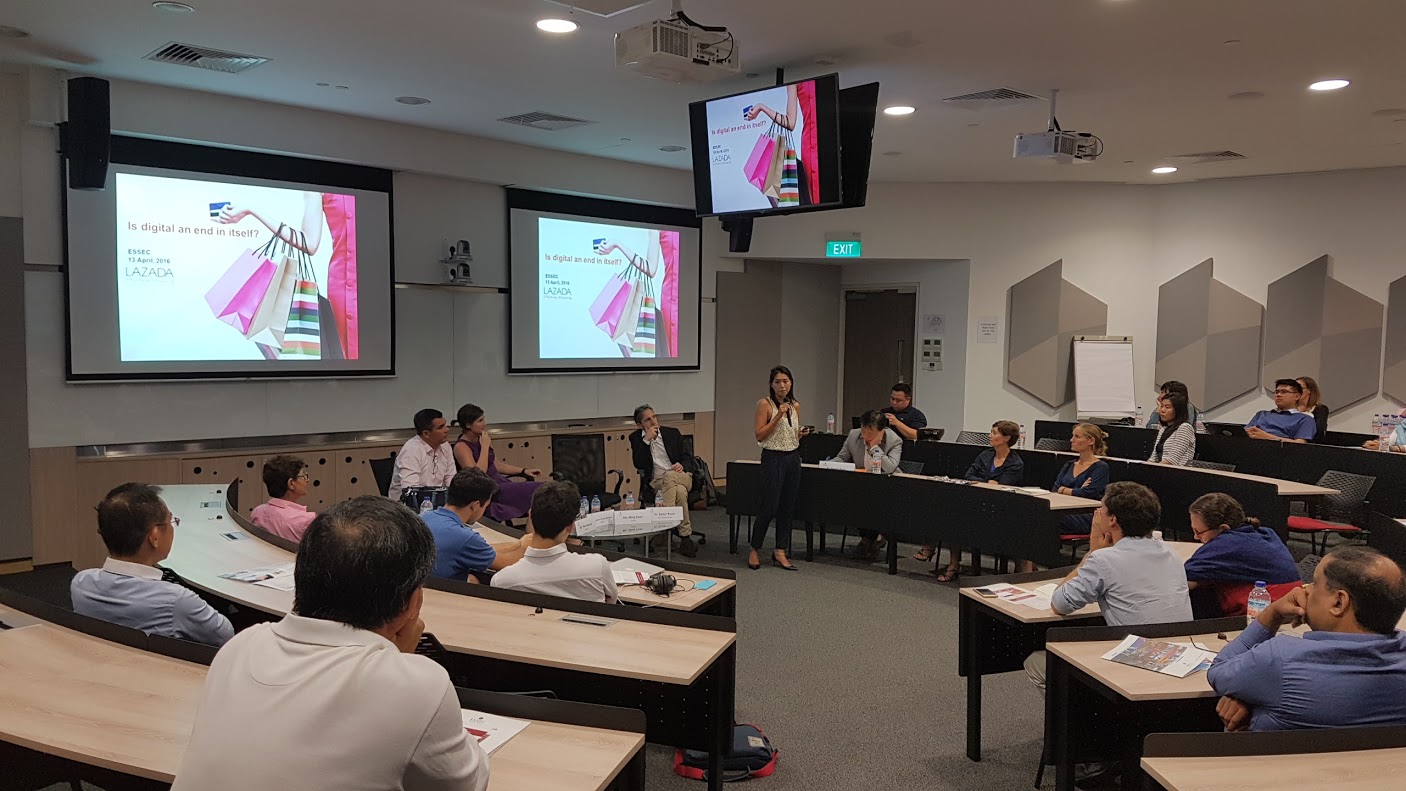 Lastly, Ms. Lauren Hendry Parsons spoke about how e-commerce has incredibly huge potential, which has yet to be fully unleashed in Southeast Asia, and the approach that Zyllem has taken is a focus on collaboration: building an ecosystem for people, and tapping into unused resources in the region, to be able to connect people who can make deliveries with those who need delivery services. The important thing in digital is being able to collect, analyze and understand the data, and act fast.

"While we're a #tech company, at the end of the day it's all about the people." - Lauren Hendry Parsons @lauren_hp @zyllemsg 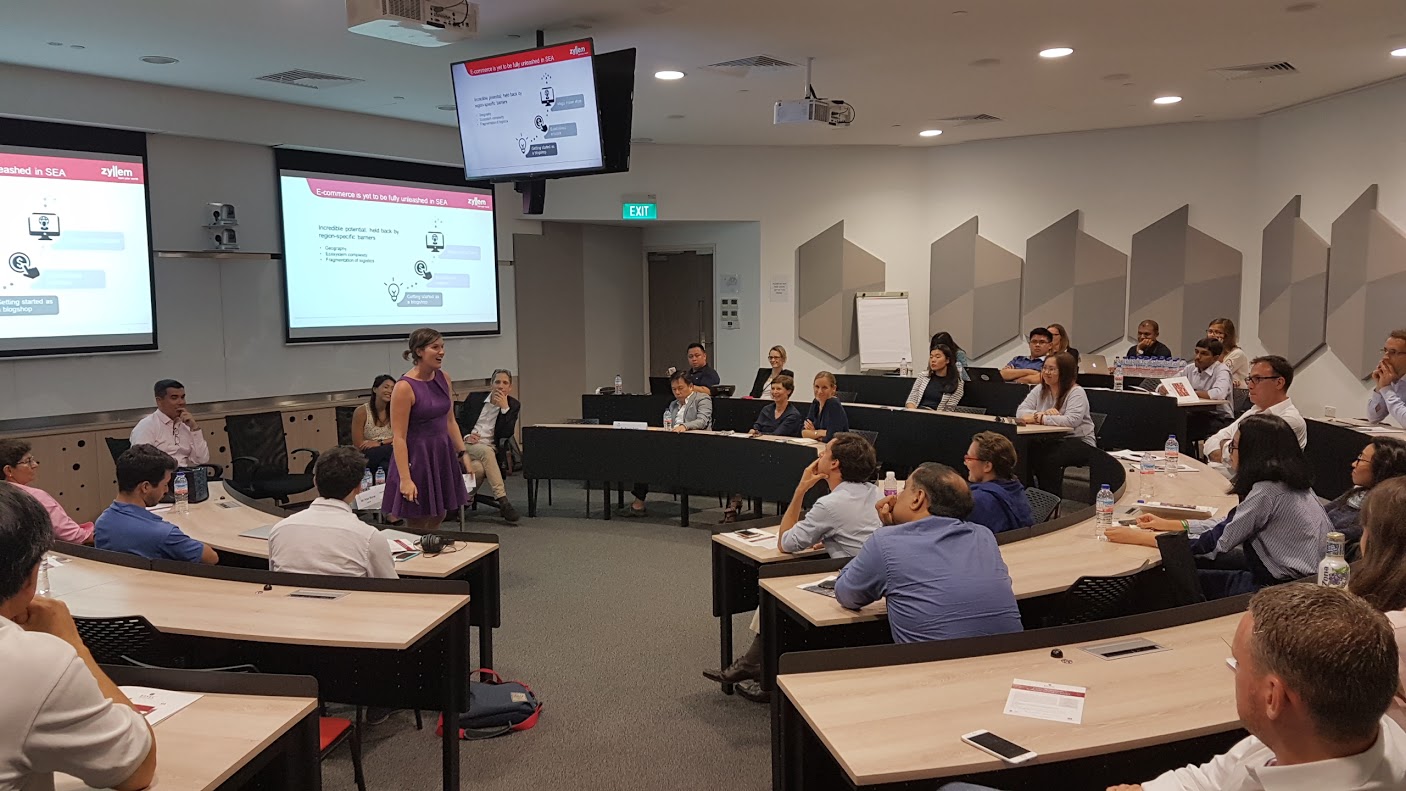 The Roundtable provided a lively platform for discussion about how customer service has become even more important in the Digital Age, and how companies can better leverage on digital tools to engage with their customers to deliver greater satisfaction and build brand loyalty.

Diversity in advertising: a win-win situation

Diversity in advertising can be beneficial for both ...

Tiffany x LVMH: How will the crown ...

Tiffany's has lost its luster in recent years ...