CONTENTSQUARE
Founded by Jonathan Cherki (2011 graduate) and incubated within ESSEC Ventures, Contentsquare is a global leader in UX Analytics. Jonathan quickly settled in NY. It is one of the few French SaaS companies that has quickly succeeded in its establishment in the USA. To know more

EPYCURE
Epycure food supplements and vitamins brand. "We all want to live an uncompromising life, and we have all been stopped by our bodies at a one point or another", argues Angélique d'Esclaibes, co-founder of the company alongside Paul-Etienne Jacob and Marc Menasé. The startup promises to "meet objectives" such as "sleep, beauty or vitality" thanks to its personalized programs. To know more

FITLE
Founder Charles Nouboué, Fitle is revolutionizing the e-shopping experience: using your 3D avatar, try on the clothes you like without moving from your home! To know more

FOODVISOR
French startup created in 2015 by Charles Boes, Yann Giret, Gabriel Samain and Aurore Tran (E16). The company develops the mobile application Foodvisor, which mission is to allow to follow one's diet with the help of artificial intelligence. To know more

INDY
Indy, formerly known as Georges, is a startup created in 2016 and co-founded by Côme Fouques . It reinvents accounting for the self-employedand offers an alternative to the traditional accountant that is much cheaper, much simpler and with a very quick support by instant messaging. To know more

PRET A POUSSER
With Prêt à Pousser, Jérôme Devouge (M13) and Romain Behaghel (M14) offer individuals simple products to grow their food at home. The development of Prêt à Pousser is based on two best-sellers: the mushroom kit and the indoor vegetable garden. Four years after its launch, the start-up, which raised €2 million in 2016, has celebrated its 100,000TH customer and now employs 18 people. The recipe for success? The focus of the team, the quality of service, the personalization of the customer relationship… To know more

SO PRESS
The press group of Franck Annese (E97), is a structure dedicated to advertising production, Sovage. Its objective is to put at the service of advertisers and their agencies the revenues that have made the success of magazines like So Foot, Society or So Film, namely humor, a focus on the human and stories. To know more

And many many more! 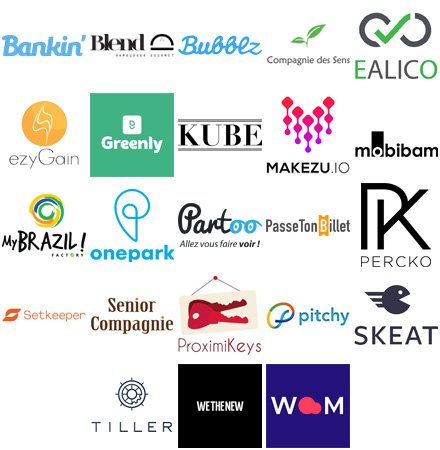 The "Next success stories"

Louis Bataille, a graduate (M12) OF the Specialized Master® CENTRALE-ESSEC Entrepreneurs is the co-founder of Les Deux Gourmands.

Anthony Martinez, a graduate (M16) OF the Specialized Master® CENTRALE-ESSEC Entrepreneurs is the co-founder of EALICO.

You wish to have more information Do not hesitate to contact our dedicated team
→ entrepreneurs@essec.edu Send email